A Prayer for Love and a New Destiny: A Tribute to My Mama

For my mother, Marjorie Shukriyyah Karim, and my loves, present and future; and for all the beautiful ones searching for true, deep intimacy 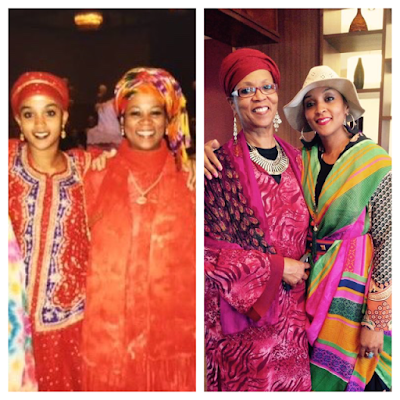 Lately, I’ve been replaying this memory in my head, a memory that involves my mother but immediately reveals me in a similar space and predicament.
We’re in the hotel room getting dressed for the culminating event of the retreat—the banquet where the community’s leading imam on (the topic of) “marriage” will speak, as well as an experienced star couple. The women will be dressed to the nines, an unspoken scarf-wrapping competition would ensue. The most fortunate and diva-ish among them would don their Sanriq dresses that made both men and women turn heads. In fact, I’m pretty sure that my mom was wearing a Sanriq Indian outfit, and it was just when she had reached the final part of the dressing process, pinning her Indian-inspired headpiece in an Afro-centric style, that it seemed all of the beautiful anticipation for this event came to a screeching halt and a wave of reality, grief, pain, heartbreak, uncertainty, and fear took over the mood in that room. My mother broke down; she began crying: a soft, sweet cry, but a cry nonetheless, mixing tears with the dark kohl she delicately drew around her dark brown eyes. Upon noticing, I insensitively asked, “Mom, what’s going on? Why are you crying?” (as in, “Ain’t nobody got time for that!” says the reckless, naive teenager). Before my mother could explain, a more compassionate voice spoke, her friend: “She’ll be okay; let me talk to her… ‘Marjorie,’” following my mom to the bathroom. Surely I had a good idea of the emotions behind her sudden cry; yet I refused to validate them, risking my idealistic view of my own future marriage, despite how drastically different and unstable my own example had been.

The memory dates back 15 to 20 years at the Nikkah Retreat (“nikaah” translated as marriage or wedding; the retreat: a marriage conference expounding upon the virtues and necessities of successful marriages in African American Muslim communities). My sister and I, college and high school aged, accompanied my mom and her dear friend, who was already married but wanted tips on improving her own and adding some peace, joy, and dignity to it.
I never questioned my mom about that moment. I can only speculate as to the cause of her sudden tears. And as I’ve been crying a lot lately, randomly, rather insensibly, my guesses may be spot on. You see, it turns out that as far as relationships with men go, my mom and I have a few big things in common.  Trust me, I was surprised too when I realized this. In particular, she and I both found ourselves divorced with children around the age of 36. It has been over 25 years since my mother divorced and she has yet to marry again. Will this be my fate? I pray to God that it is not.

There are also major differences between our journeys, giving me hope that my destiny will play out differently. The main differences relate to the age of our children at the time of divorce and the level of education we’d attained. Three of my mother’s children were teenagers, and I was pre-teen. My two children were both preschool age. My mother had recently finished her undergraduate degree while working and raising the four of us. In contrast, I had just completed my master’s degree, after working nearly ten years in my field, when God blessed me to carry my first child.
But as I chart my way through life after divorce, I keep coming back to that moment in the hotel room that makes it feel as though I have become the same woman with tears in her eyes. Why was Mama crying? Why have I been crying so much lately? Sure, I’m sleep deprived and hungry during the Ramadan fast, which can bring any young mother doing it alone to tears. But there is something much more familiar about those tears.

Wait, perhaps…let me spell it out: heartbreak, longing, fear, misunderstanding, and years of disappointment, all jumbled up together. All, believe it or not, inevitably leading towards this fierce, unshakable love “rooted in God.” Yes, a healing, tranquil, certain, steady, beautiful, transcendent, divine Love. The heartbreak and the satisfying closeness to God, my mother and I both share at once.  But, Dear God, in a plea for our destinies to differ, can’t I be blessed with that type of love in human form in this realm as well.

"And among His signs is this, that He created for you mates from among yourselves, that you may dwell in tranquility with them, and He has put Love and Mercy between your (hearts), verily in that are signs for those who reflect” (Qur’an 30:21).
Yes, I think I know good and well why my mom was crying that day. As she prepared for the gala of the Nikkah Marriage Retreat, she must have had flashbacks of the prominent experiences of her heart felt on this sometimes painful journey of life. Sure, the other retreat participants would admire how well put together she was. They would admire her immaculately wrapped headpiece, her common pleasantries, her winning smile, her undeniable sweetness. The same sweetness that my father alludes to, after glancing at me endearingly—with a dose of nostalgia and regret--and says, “Isha, you remind me so much of your mama.”

But would others be able to ascertain the status of her heart? Would they pick up on how fragile her heart was? Would they ever know how sincere was its longing and pure its core, despite its scar?
And NO, she wasn’t looking for a man to provide financially for her. Mama had just landed a job in corporate when she divorced and was well on her way to the middle class. And NO, she wasn’t trying to beat her “biological clock,” hoping to find the best man to father her children. She was ready to start a wiser, golden chapter of her life. And NO, she wasn’t looking to love anyone else’s man either, even though Muslims criterion for carrying out productive lives—the Qur’an—highlights polygyny as an honored, acceptable lifestyle. (Don’t nobody want your man, anyway!)
And she surely wasn’t looking to just satisfy her physical needs. YES, she was simply trying to fulfill a station that’s considered half of her religion, a whopping 50%!

But would others even consider her sincere desire to seek marriage for the pleasure of Allah when they observed her at the gala? Surely, God is the only One who truly knows the secret wishes of our hearts, but what my mom needed that evening was reassurance that others would look deeper and truly see the pure longing of her heart. My mother went there that night with hopes of possibly finding a mate who, as Yasmin Mogahed describes, “takes care of, guards, protects, and cherishes your heart.” I imagine it was almost impossible for her, in that moment, to imagine that she was even close to receiving that type of love and protection.
But why had my mother drawn such a depressing conclusion? Why would the prospect of a compassionate, understanding love seem so unattainable in that moment?
This question points to another way our stories, although strikingly similar, differ. When my parents divorced when I was 10 years old, life seemed to get better, not worse. I saw the whole transition as a move up as we moved into a larger home. And though I no longer shared a residence with my father, I still had many examples of upstanding, God-fearing (African-American) men in my school and masjid community who looked after me as if I was their own. And, of course, I maintained regular access to the men in my family, including my paternal grandfather, a beloved dentist in the Black Atlanta community, and uncles who were leaders and role models in their communities.

My mother, on the other hand, recalls a childhood where her father, an army veteran, suffered from mental illness and encountered severe discrimination as a Black man in the '50s and '60s, struggling to provide for his family, which explains my mother’s childhood memories of living on welfare. Later, my mother married a man from an educated, middle-class background and sincerely striving to live a life dedicated to God and his people, but who--God forgive my beloved father—abandoned her on several levels over the course of the fifteen years of marriage.


In contrast, my marriage of fifteen years was mostly filled with happiness, luxuries, and productivity—perhaps making the form of abandonment (and coldness) that I experienced at the very end so shocking and off-setting.
The good part about the dissolution of my “model” marriage--or so it appeared--was the extremity of it all, which had me crawling right back to the One who blessed me with those sweet times at the beginning. I crawled back ever so humbly and thankfully, as raw as I was willing to become, with the level of strength necessary to adequately submit and surrender, in hopes of receiving the blessings and miracles waiting on the other side. This, for sure, is where my and my mother’s stories meet again, for my father’s abandonment is where my mother’s fierce turning to God, and to God alone, began.

This turning to God for intimacy when all else seems to go wrong reminds me of one of my and my Mama’s favorite songs by Anita Baker, “Body and Soul.”  Anita was singing about a man, but I think of God now when I hear her song.
Now, once I could turn away
From everything I feel today
But now, I wanna walk through Your door
I've wasted too much time
Living for what wasn't mine
And then came the day I found You
And now I want nothing less
I've found a Love that is truly blessed
It feels good to love You INSIDE <3.
Like my mother, I’ve turned to God completely, yet still, I want our stories to progress differently.  My mother seems to have grown content with a life of devotion, sacrifice, and service to her children and a Merciful, Loving God who saw her through life’s tests that some couldn’t even imagine living through. My life journey, experiences, hopes, and insights point me toward a strikingly different future of love and intimacy, insha’allah.

Keep in mind that my mother is a first-generation American Muslim. New to the religion, her generation struggled to implement the high standards the Qur’an and the example of the Prophet Muhammad, peace be upon him, called them to in terms of marriage and family life. The collective consciousness of my generation of African-American Muslim women lends itself more generously and fearlessly to a myriad of possibilities of what love and intimacy can look like on this earthly, human sphere. I personally strive for a love that transcends my understood need for financial and material provisions to one that satisfies my spiritual, emotional, sociocultural, and intellectual needs. Full blown, passionate, lawful intimacy is what I speak of, is what I strive for. 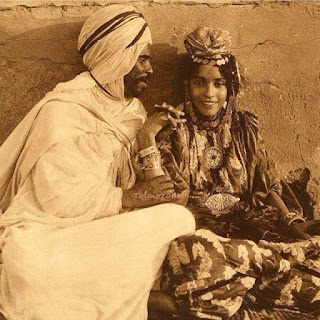 As proclaimed in The Gayan by Inayat Khan, “When the heart breaks, it gives birth to the soul.” Indeed, our hearts have been broken and have suffered their share of betrayal. Our souls wish to shine, flourish, and be seen and embraced fully.
Don't leave me out in the cold
Just love me, body and soul
#HagarLoves #HagarLives
Posted by Hagar Lives at 2:52 PM 5 comments: