Dear God, Teach Me How To Love (Again)

So… I get that. It makes sense; I’ve even seen these two realities carried out in my life. But even my own recognition of the brilliance in these don’t erase this rather dated, painful reality of my own experience – a reality rooted in a certain truth in my makeup. A reality that cries out: SHOW ME HOW TO LOVE…Please. Kindly. Patiently. Honestly. I long to be whole again.


I go to my Lord about this often:

Ya Allah! [Oh, Dear God], Please, show me how to love and bless me to be in love, practice that love with someone who loves you and you love them. Ya Allah, I accept my lot in this life, my legacy, my human positioning in this world—one of an African-American, Muslim woman raised in the South, whose forefathers were slaves, stolen from their homes in Africa, their mother-land. I accept that the mother country, which I love and know, the United States of America, was built on the backs of my ancestors.

Even more, I know that my country’s beginnings were made possible by the destruction of the family structure of those same Black slave ancestors. That the Black slave women, my ancestors, were conditioned to accept the least of provisions, protection, consolation, attachment, and intimacy from their Black slave men and husbands. That they were, instead, groomed to be sufficient with this lifestyle of scarcity in provisions, protection and tenderness. And, YET, still, were fortified and graced, by You, Dear Lord, with the Divine Presence, Strength, and Love to not only tend to the needs of those same oppressed Black men that abandoned them (within the system), but also love and care for the Black children who they continued to birth into further developed systems of slavery, hate, and oppression. And the most dehumanizing, unfathomable thing about it all, Dear God, these Black slave women were forced and trained, using whatever else of the Divine that remained in them, after all of this, to unselfishly care for their oppressors and the oppressors’ families– relinquishing their own individual power to love naturally, discerningly, and wholly as they pleased.

Prayer Intermission: There’s a scene in an early episode of the TV series “La Esclava Blanca” that demonstrated this so well. As a small slavery town in Colombia was burning to the ground, two Black slaves—husband and wife—argued over whether they should stay or run away to a “free city” run by slaves. Yet, the wife had the baby of her slave owners—who’d died in the fire—strapped onto her back. Their desperate conversation went like this: “Let’s go. Not with the baby. You need to leave the master’s child. Victoria [White slave owner’s child] can’t come with us.”/ “This baby’s ours now, just like Milagro [biological Black child]. She’s coming with us.”/ “If they punish us, whip us to death, it’ll be that girl’s fault.”
Dear God, I thank you for allowing me to be born out of that legacy, generations later, sweet ole Harvey B. Smith and Marjorie Elizabeth Winters – children of Jim Crow laws, a nation still divided, the Civil Rights & Freedom Movement, the Black Power Consciousness movement: Dr. King, Malcolm X, and the Honorable Elijah Muhammad. I recognize that through this my parents’ spirits and hearts were rejuvenated and revived. I know this and give thanks for this, oh Lord.
But, Dear God, my country, their country never truly acknowledged and reconciled the wrongdoings of slavery or fixed the system that resulted from it. And genetic memory is alive and real. So, when Harvey B. experienced the harshness of racism as a Black man trying to mobilize in this country, and engaged with a system built to keep him marginalized and second-class, he sunk into hopelessness and despair and acted as such. And when his wife Marjorie recognized her husband’s condition, she resorted back to what she knew—the way of Black women, passed down through the generations since the days of slavery: she tightened her boot straps, covered her heart with the Divine armor, and did whatever it took for her family to physically survive. And a hardening resulted. And both husband and wife, so overwhelmed by their conditions/struggles/tests/plights, couldn’t find enough of that divine love to hold it together. And they parted ways.
Dear God, then, there is me, Harvey and Marjorie’s offspring…and many like me, feeling a bit lost, disconnected from a certain type of wholeness, still feeling the remnants of generation after generation of the severance of Black family ties…It’s 2016, Lord…Are there still lessons you want me to learn from my forefathers (as it relates to family life)?…Will their legacy also be mine? If so, Dear God, make me be at peace with this…And if it’s not too much to ask, in the Next life (the home of the Hereafter), can I be blessed with the most amazing love, since I was deprived of it here? Like, can I have there a spouse with the qualities of Muhammad or Joseph or Solomon…I mean, I know I can’t be married to the actual Prophets (may God bless them and grant them peace), but someone who is really, really close, embodying their qualities?
Thank you, Dear God, I know that You are listening and are the Most Merciful of those who show mercy. Ameen
So, I know that my prayer is a bit dramatic, similar to a monologue in a Broadway play. But, you see, God has truly become my biggest confidant in all of this, and I know that He will be the only One to answer my prayers in a satisfactory manner.

I currently still feel a great deficit in my ability to express love, to show love – the kind of love that compromises, that forgives, heals, transforms, endures…specifically the kind of love that unites a man and a woman, a husband and a wife, soul mates, and successfully holds two together in a healthy and satisfying relationship. What do I attribute this to, you might ask? I was deprived of the most common, natural example: married parents. Like so many, I found myself the child of divorced (African-American) parents before I even reached the age of maturity/puberty.
I’ve actually confided in some of my closest soul sisters about this:
I didn’t have that example of two parents in the household, working together, compromising, caring for each other, performing the usual acts of love and service for one another. And I feel that I’m at such a disadvantage because of that.
I mean, it really is a handicap, a disability – sure, not as obvious and well diagnosed or treated as a physical handicap; but a handicap nonetheless. My dear girlfriends insist that I’m just being dramatic and paranoid, and that some of them have either failed in their marriages, too, or have never been married at all, and come from homes where their parents were the epitome of mutual love, care, commitment, respect, and service. Yet, the void is still there, and sometimes, I sense this particular handicap so deeply and painfully in my heart, in my soul. And I’m so afraid that I’m going to be found out, that others are going to detect it, and either show pity for me, or prey on me – knowingly or subconsciously—seeing just how far I’ll go to fill this void and get the love that I’m craving. Oh, how easy and tempting it can be to prey on a fragile woman who shows signs of a lack of heart provisions, a lack of love in her life. Will I ever be freed of this curse? And in the same moment, I feel so blessed to have God in my life because I know that He loves the vulnerable and will ultimately protect and defend me.
Author bell hooks sums this condition up pretty well in her book, All About Love:
“If we have not been guided on love’s path for most of our lives, we usually do not know how to begin loving, or what we should do and how we should act.“
Recently I thought about the example of our beloved Prophet (peace and blessings be upon him). Muhammad was orphaned early in life--in childhood--but he was still known to be a man full of love, human and Divine, and THE ideal spouse. I know some would deem it inappropriate of me to draw such a comparison, but his truly is one of few REAL, true stories of hope that I can latch on to. Speaking of the Prophet, I find it heartwarming (and I’ll admit, amusing) when loved ones, who know my insecurities, flatter me or share stories with me in hopes of affirming my self-worth and how much of a blessing and treasure I would be as a wife. My favorite example was my father’s, where he told me that he recently read that out of all of the Prophet Muhammad’s (peace be upon him) wives, Aisha was the only one who’d be present with the Prophet when revelation would come to him. (*Assuming this is after the death of lady Khadijah, God be pleased with her). Get it: I’m Ayisha; she’s A’isha; namesake; similar destinies. I, indeed, pray so.
Lately, I’ve noticed that I take delight in seeing this divine love in others, those that I know well and those who are complete strangers. Yes, I find my eyes glazed over with a smile on my face, staring at happy looking couples; seeing if I can learn their secrets, what seems to come so naturally to some. I laugh at myself. 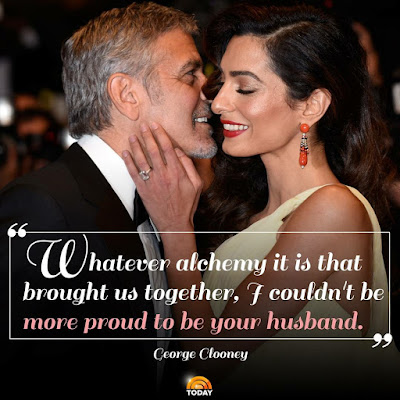 Dear God, I am open to learning from you and your creation. I am not puffed up with pride, nor do I think I ever have been, and I will not reject your signs and your blessings. God, know that this lesson, this gift, is one that I crave most ardently. Bless me with the humility, the patience, the resilience, discernment, and compassion to open my heart and mind to your signs of infinite wisdom.  Show me how to love…make me whole again.
#HagarLoves
Posted by Hagar Lives at 4:10 PM 4 comments: