Finding Yourself, and Maybe Even a Friend, in the Midst of Loneliness

By Ayisha Karim, with poetry by Liza Garza 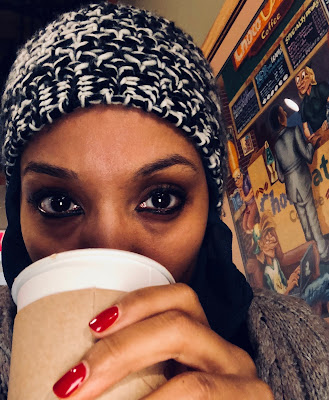 October 2017
I’m sure it’s a phase, but I don’t recall ever feeling as lonely as I do now at any other time in my life. Don’t get me wrong, my day to day life is filled with noise – the seemingly incessant noise from my 5 and 7 year-old kids, noise from my bright-eyed, eager freshman students (excited to share their answers and problem-solving methods in math class) to the random noises from the halls and playgrounds of my school.

My sixth period class, in particular, has this peculiar way of being completely rambunctious while staying on task with their math work, collaborating well, and discussing politics at the same time. But they are LOUD!

And after school, from the time I pick up my kids in aftercare to the time that I say my umpteenth “goodnight,” the sounds that result from their kiddie world of play, sports in the house, kiddie TV-shows, and bath time makes me fantasize and long for just 30 minutes of complete, utter silence and solitude.

But then there’s also the noise jumping off the pages of my Facebook Newsfeed, the kind of silent noise that can pull you in for hours on end and give you the illusion that, in reality, you’re not physically alone. Yet, there’s a strong likelihood that loneliness, to some extent, is the reason that you’ve turned to social media in the first place.

I’ll stop beating around the bush and get to the story which was the inspiration behind writing this blogpost in the first place. I think it’s safe to say that there are certain places one goes to feel less lonely when out.

Honestly, I often go to the movies by myself because it’s dark inside and no one really notices. There are even certain restaurants I’ll go to by myself because the food is just so good, and they know me and there are bound to be a few others also there alone.

Well, the setting for this particular story was an Atlanta favorite: The Dekalb Farmers Market. It just so happens to be a few miles away from the community center that I sometimes practice African dance on Saturday mornings.

After one such class, I stopped by the Farmers Market to do my weekly grocery shopping and grab a bite at the hot bar where you can get amazingly healthy, delicious food for cheap. As I walked into the cafeteria, I quickly scanned the tables to decide where I’d feel the least amount of awkwardness sitting alone. 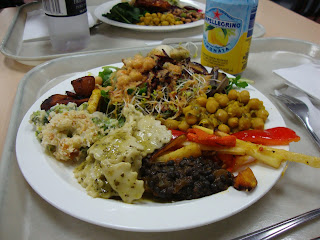 After succeeding in this, something surprising and even more spectacular happened. Another young African American woman asked to sit with me. Okay, she wasn’t a complete stranger; we recognized each other from our African dance class.

I felt like a shy middle school kid, being invited to sit with the cool kid. We quickly got into the juicy, yet slightly weird introductions. Turns out, she was also an Atlanta native, a Georgia Peach, the same age as me…and yup, you guessed it, SINGLE.

Yet, unlike her, I’d been married previously, happily married, at least from what she gathered. My current divorced status briefly became the topic of discussion, and when she realized she was safe to speak on the woes of singlehood with me, she admitted that there was a time—not sure how long a period, actually—that she envied me, the lifestyle she imagined I enjoyed, and practically fantasized about what it would be like to walk in my shoes.

Yes! This was all in the context of African dance class. She described--what I pictured in slow motion--a small group of attractive, graceful MARRIED women moving their bodies sensually to the rhythm of the live drum, flailing their hands in the air, at which point our sparkling wedding rings shone and confirmed our marital bliss, and therefore, lives void of loneliness. HAAAAAA!

Meanwhile, I recalled feeling extremely self-conscious of my occasional lack of coordination in movement and natural African rhythm. However, this newfound friend told me that she looked at me in those moments and convinced herself that I, and women like me, had zero trouble finding companionship and were residing in matrimonial bliss.
I found myself apologizing for appearing this way in her eyes and causing her any discomfort, to which she dismissed as her problem and not mine. We laughed, shared more of our painful stories of love and loss, as well as insights we’ve gained along the way.

Our exchange was a gift that stemmed from loneliness: Had I not been sitting alone that day, chances are, she would have never asked to share my table, and I would have missed out on this golden opportunity to expand my capacity for empathy, compassion, deep listening, sharing and caring (hehe, mommy moment). It reminds me of a saying from Inayat Khan:

“There is no better companion than solitude,” as such a companion leads one to other treasures if you just dare listen and pay close attention.

Sometimes, a separation that wants
to burn up this world and leave.

Other times the inward joy of union.
We feel them both.

How odd and sad it is
that on the white tablet where
everything has already happened,
it says, This on one day. That on another.

January 2018
I knew this time would come. When I’d have to stare the reality of loneliness back in the face again. And really come to terms with what it looks like, what it feels like, what conditions invite loneliness into my space, and what it means for me when it shows up so glaringly.

I must admit that, although I knew it would return, I enjoyed the unexpected break from it, replaced by deep connection, of being heard and understood.

Yes, God sent me a friend.

It was in such stark contrast to my previous state, so much so, that I struggled to know when to just let the waves of connection naturally crash into me. I found myself between finding various ways to put up a barrier and letting go to lighten my load of loneliness.

Learn from the Prophet (s): whatever God gives you, be content.

At the very moment you become content in affliction, the door of paradise will open.

If the messenger of heartache comes to you, embrace him like a friend!

Then that heartache can throw off its chador, rain down sugar, and be gentle and heart-ravishingly.

Seize the edge of heartache’s chador, for she is beautiful but deceptive.
...
Nothing is more blessed than heartache, for its reward has no end.

I’m becoming less and less afraid or anxious when I see either heartbreak or loneliness rearing its funny-shaped head. I recognize loneliness for what it is, acknowledge it, and let it run its course through me.

Oh, and I’ve also realized that loneliness and heartbreak are commonplace to relationships as well, healthy marriage relationships at that. Here’s what author Micheal A. Singer has to say about us giving space to loneliness:

What goes on when loneliness is given the space it needs to pass through you? Be an explorer. Witness it, and then it will go. If you don’t get absorbed in it, the experience will soon pass and something else will come up. Just enjoy all of it. If you can do this, you will be free, and a world of pure energy will open up within you.”
(The Untethered Soul, 87)

May we learn to embrace the beauty where loneliness leads.

If we turn to God in the solitude, always, it leads to pure beauty, like in a Rumi poem, or in this breathtaking piece on loneliness by Liza Garza. Listen and be delighted.

This piece is part of a video series leading up to the release of the early 2018 poetry book by Liza entitled "love apocalypse: veil I."