A Glimpse into a Day of Raising a Black Boy: I See the Moonlight Where Some Only See Darkness

By Ayisha Karim
Let’s just say that the lives my kids lead are drastically different from my own childhood, especially up until now. For example, my daughter traveled to four towns in Italy at the age of five months: She witnessed the Trevi Fountain, Michelangelo’s art at the Basilica in Rome, and sat adorably in a gondola as we crossed the canal in Venice. Also at five months, my son had his first trip to Disney World, yet it was Mommy’s first time. He even went a second time on a plane to accompany me at the fancy Disney Wedding complex to witness one of my best friends from Brazil and her husband renew their wedding vows of ten years. That was a luxury which neither me nor any of my siblings had ever had, and I bet you none of my three siblings have made the trip yet, even though we’ve all lived in Georgia pretty much all of our lives.


I’ll give you another example of this vast difference in childhood experiences. Last week, as my daughter had a meltdown the minute I was trying to get out of the door to get us to school, where I teach, and she attends Kindergarten, just to get her a few feet away into our fairly new Honda sedan, I had flashbacks of my own mother. In this memory,

My mother was rushing us across a busy street to catch the bus—she, dressed for work, was leading three children behind her (her eldest son walked or caught a ride to the neighborhood public high school). But, I, elementary school age, wasn’t running fast enough that particular morning. And my mother, who had already made it to the other side with my older siblings, noticed with her third eye that I was in the path of the car quickly approaching. Being the superhero that she was, she turned around, focused her eyes and energy on me, ran and grabbed me like a running back, and carried me to safety. The thing is, she and we went through all of that before even starting our school and her work day.

A few years later, my mother got her first car as an adult: a used, clean, long station wagon that she’d carry as many people in at one time as possible, especially single mothers with children, who were in a similar situation to the one she once found herself. God bless every single bone in that woman’s body. 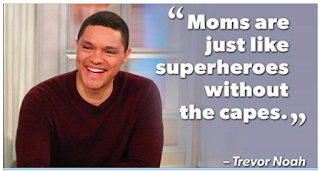 Probably the biggest difference between the lives me and my siblings led and that of my children (4 and 6  years old) is the nature of their education and school environment, which gets to the heart of my storytelling here. After a couple of admissions seasons, my daughter has begun her first year at a wealthy, non-Muslim private school, which happens to be where I have a teaching career. I work in the high school in the next building. Well, last week, her baby brother attended a student observation, as he did last year. I apply both of them each year to hold a spot just in case we choose the private school option for the Fall. Last weekend, I sat in on the parent panel again and listened to four White moms and one Black dad share why this school is the absolute best bet for their own kids and all the kids applying in that room. Again, I felt confident about my decision to sacrifice and send my daughter there and fortunate that they welcomed her in. And with the one Black father sharing success stories of his Black children, and hearing the concerns of the only other Black perspective parent in the audience, I was beginning to feel secure in my inclination to do my best to send my four year old Black son as well.

After the parent panel discussion, I went up to the moms, introduced myself and thanked them, spoke intimately with the Black mom about her comments, trying to reassure her that she was doing the right thing by looking at our school. This time, I didn’t mention to them that I also taught at the school, or maybe not even that I already had a child enrolled. Still, as I normally do in these environments, I still feel like a bit of an outsider – a feeling not at all new to me. I continued on to the playground, where my two kids were with their dad, who made it to one of these events for the first time, and chatted with other perspective kids and their parents. I even met one who was at Duke the same time I was there and whose cousin was a student at another prestigious private school when I began my teaching career a little over 15 years ago. I thought, yes, this is where I’m supposed to be in this moment: here with my children. Even though it’s not the Islamic school that I attended or the progressive charter (free) school with more children of color, this is where we’re supposed to be, due to the life choices and advancements that their father and I have made. We both attended some of the best colleges and grad schools in the country, worked for leading institutions, and served on school and community boards. Our parents and grandparents had sacrificed in major ways as well. We’re setting our kids up for ultimate success in this rapidly changing society.

But just as I was growing more and more confident about the steps I was taking for my son’s future education, I had a reality check around what it means to be not only Black in this country, but in particular, also what it means to be a Black male, whether grown or just a baby:

We walked back to our car, the three of us. My two kids were jolly, singing loudly, as I asked that they keep their voices down. We were parked just across the street from the school in front of the park and golf course, where many take their daily jogs. My son was picking up sticks and wood chips along the way, maybe even throwing them. By the time we made it to the car, there was a tall, fit White woman approaching with a baby stroller.  Hasan, in his love of strangers phase, decides to move close to her and flick a small piece of wood or tiny matter on her. It really was more of a gesture than anything. I seriously told Hasan that behavior wasn’t appropriate…And when I looked back at the woman to show her that I’d noticed what he’d done and followed through with the appropriate parental duty of reprimanding, I was shocked by what I saw: a look of disdain on her face. Not a smile to be detected in the least. Where I, and many other parents of all backgrounds, would have smiled it off knowing it was typical four year old boy behavior, this grown woman’s face reflected a sentiment that should only be reserved for criminals, heathens, or a person much older; not a preschooler. The scary thing is, I wasn’t really all that surprised.

In that brief, painful moment, I remembered that my baby is not a baby to everyone here. My sweet, four year old Hasan (whose name means "good") is to some in this country, first and foremost, a Black man, to be controlled, feared, seen as innately guilty, and worthy of less from the start. In that moment, I remembered who our current president was, the rich neighborhood I was in, and the relevance of having the entire month of February reserved for Black history.

What is it to be a Black woman in this country and to contemplate being a parent?  It is having so many hopes and dreams, but also nightmares fueled by the daily reminder of the fact that hate and a criminal justice system warped by racism would put my child at risk.

I imagine my child growing up.  He would run and ride bikes.  He would like to play outside with his friends like Tamir Rice  who was shot on an Ohio playground or Nicholas Heyward who was killed while playing games with his friends in New York.   So when I think about becoming a mom, I think about Tamir and Nicholas’ mothers, Samaria Rice and Angela Heyward. (Ebony Magazine)

So, as with many things that come along with parenthood, I’ll have to consider more deeply the path of my Black son’s educational journey. Where I look at him now and see moonlight, many others out there only see darkness.

* My reference to "moonlight" is inspired by a quote from the highly acclaimed film Moonlight stated by the character Juan, played by Mahershala Ali:

"I was a wild little shortie, man. Just like you. Running around with no shoes on, the moon was out. This one time, I run by this old... this old lady. I was running, howling. Kinda of a fool, boy. This old lady, she stopped me. She said, "Running around, catching a lot of light. In moonlight, black boys look blue. You're blue. That's what I'm gonna call you: 'Blue.'"