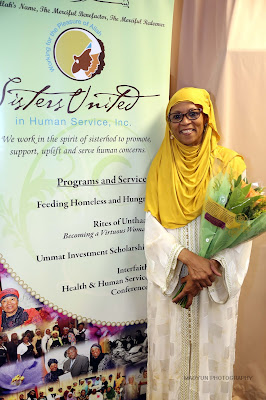 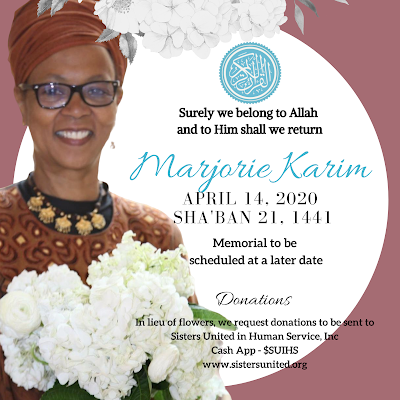 Hajjah Marjorie Shukriyyah Karim, the mother of Khalil, Sultan, Jamillah and Ayisha Karim, and the daughter of Lawrence Winters, Sr., and Angeletta Tilghman Winters, returned to Allah on April 14, 2020, in Sha’ban, “the month of the Prophet Muhammad” (may Allah bless him and give him peace). Marjorie was a beautiful soul with an illuminating smile, a vast heart, a generous hand, a brilliant mind, and a pure spirit dedicated to attaining the pleasure of her Most Bountiful Lord. She spread the salam most sweetly, she fed the hungry tirelessly, and she prayed in the night devotedly—all acts for which her beloved Prophet Muhammad (S) promised Paradise.

Each pillar of her faith, Marjorie embodied exceptionally. Born and raised a devout Catholic, she courageously embraced Islam for its message of self-love and liberation, and later inspired her sister, Jonetta, to become Muslim. In a community known for its unique transition to Al-Islam, she humbly led in establishing the five daily prayers in her home.


So generous and unfailing was her charity that her masjid, the Atlanta Masjid of Al-Islam, awarded her “The Maintainer Award.” So far-reaching was her reputation for feeding the homeless that CNN featured her philanthropy as capturing the spirit of Ramadan—like the Prophet Muhammad (S) in Ramadan, “more generous than the free blowing wind.” So beloved was she to her Lord that five times He invited her as a guest to His holy House (the Ka’ba in Mecca), one of those times to accompany her sister and another time on behalf of a sister in faith.

Marjorie was born Marjorie Elizabeth Winters in Washington, D.C., on October 4, 1952. She was the third of five children, all of whom attended catechism classes at St. Cyprian and Holy Name Catholic Churches. From an early age, women exemplars of piety impressed her, especially her grandmother Clara. In Marjorie’s innocent eyes, “a great woman” meant “being pious.”

Marjorie was graced not only with the greatness of piety but also professional success. With a knack for higher mathematics, she excelled in school and in her career. After graduating from McKinley Tech High School in 1970, she matriculated at Gettysburg College in Pennsylvania on a full scholarship.


Family and community interests, however, led her to take a break from her studies. She joined the Nation of Islam in 1971 and married Howard University graduate Harvey 2X from Atlanta, GA, where she eventually moved in 1973 with the couple’s firstborn, Khalil. She gave birth to her second son, Sultan, in 1974, and was dedicated to “being there” for her “babies,” despite the financial constraints her husband met, only "working for self.” In 1975, when Imam W.D. Mohammed (R) made the transition to Al-Islam, he personally gave her husband, a minister at the time, the name Ahmad Karim. Marjorie cherished the name Karim, and humbly lived its meaning--generous and noble.


After a decade of mothering small children--including birthing her two daughters, Jamillah and Ayisha--Marjorie stunned everyone when she decided to return to school in 1981. “Making straight As,” she also worked part-time, including tutoring students in computer programming. Marjorie completed her Bachelors in Business Administration at Georgia State University within five years and landed her first job as a project manager in 1988 at Bell South which later became AT&T, from which she retired in 2015. 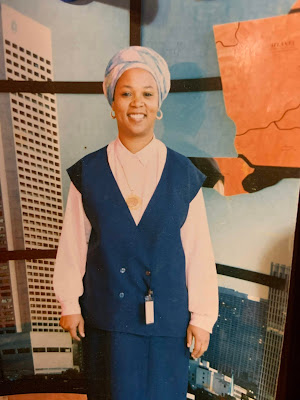 Marjorie’s community work, however, was her soul work. Not just a committed worker was she, but a pioneer. In the 1980s, she worked in the masjid kitchen during her birth month, carrying the Nation legacy of women’s fundraising--the backstory to her fame for her heavenly whole wheat carrot cake; she co-led an effort to feed the homeless at a women’s shelter in an urban church; and she served on the board of Sister Clara Muhammad School when it was courageously expanded into a high school, faithfully enrolling her son in the first class of W.D. Mohammed High School.


In the 1990s, she co-founded M.O.R.E. for Youth, the Muslim Organization Representing Excellence for Youth, where she mentored and inspired hundreds of young people through various projects including a Muslim teen cable talk show and organizing the youth conference of the Annual Mosque Cares National Convention, where Marjorie’s guidance and warm hugs reached across the Nation.


The last two decades of Marjorie’s life were filled with service through the organization dearest to her heart, Sisters United in Human Service, Inc., of which she was a founding member. Faithfully and dutifully, she worked long hours serving on the board as treasurer, organizing an annual interfaith health conference, co-coordinating homeless feedings, and in other capacities too long to list. Her high station as “Mother of the Youth” was fortified through her twenty years at the forefront in coordinating Rites of Unthaa, a program guiding girls in their development into virtuous women. We cannot enumerate the souls she touched. 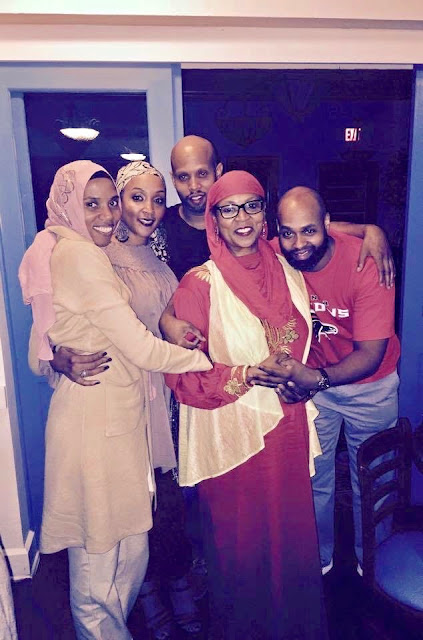 Without question, her greatest impact was on us, her children and grandchildren. Any excellence you see in us is her finest legacy. And therefore, what we witnessed of her intimately is the truest testimony of her excellence: Walking distances with us to catch the bus because she didn’t have a car. And when she finally did, offering ride after ride to sisters in need. Moving into her own house after her divorce and struggling to manage the needed repairs. Teaching us to obey Allah, reminding us when we failed, holding us through the hardship, and lifting us when we turned back to God. Treating strangers as they were old friends, and providing a warm bed and unforgettable meals for extended family and new acquaintances. 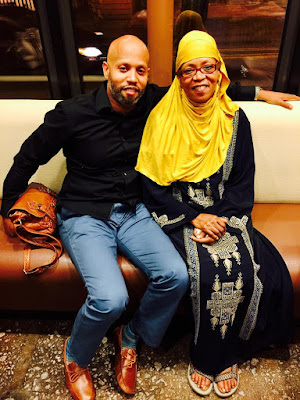 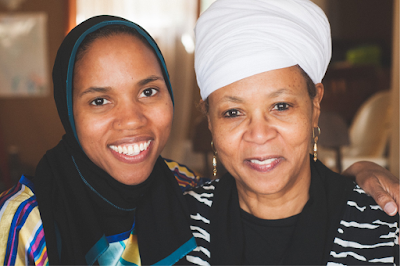 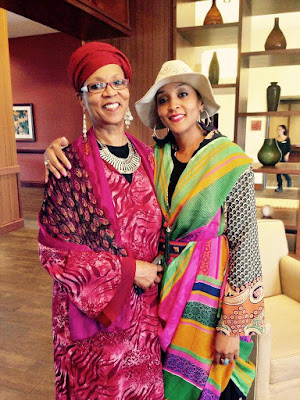 Memories of the sweet companionship she offered us in travel as far as Malaysia and a little closer in St. Thomas, Virgin Islands. Of the affection and gifts she lavished on her grandchildren, even making her perfected whole wheat carrot cake gluten-free, all out of love. Of the radical changes she made to her diet and the constant reminders to eat well, in hopes that we not suffer as she did. Of her loading tables and trays of food into her car, even when she was ill, to transport to the homeless. Truly, in her deepest suffering, she did everything in her power to lighten the burdens of others, until she just couldn’t do it anymore. 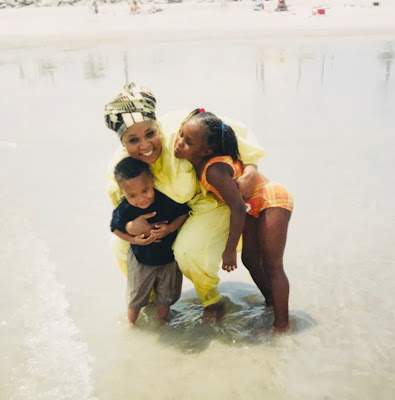 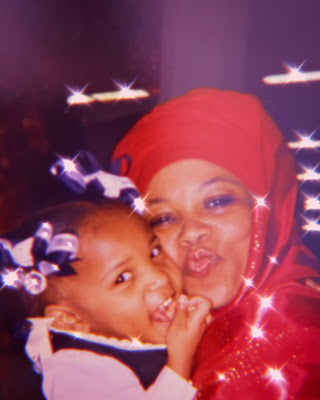 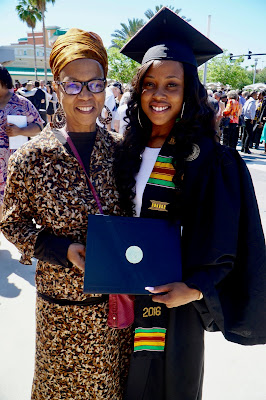 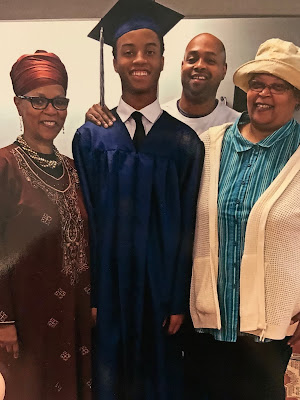 In a letter to Nana, Marjorie’s third oldest granddaughter, Khalijah, amazingly captures everything about Marjorie that we have attempted to share here, and more. 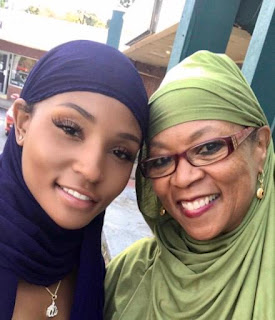 To Nana Marjorie 💜,
I honestly wish I would’ve written this when your vessel, mind and soul was still here on earth but procrastination got the best of me. 2013 is when you got diagnosed. Your children didn’t know for three years and your grandchildren for five. When I found out, I laid in bed and let out a soft cry. It was early in the morning, and I didn’t want to wake up anyone in the house. As I laid there, my mind almost immediately took me back to my 12th grade year. It was the day I was really sick; every step I took felt like I was going to pass out. Dear Bro.Siddiq (May he Rest In Peace) noticed and called my parents. My mom didn’t pick up, and my Dad was away at work. When Bro.Siddiq got a hold of you, not even two minutes into the conversation, you were on your way. When you got to the school and realized how weak and drained I looked, you didn’t take me home but you took me to get breakfast and then straight to the doctor’s. We waited and talked in the waiting room until the results came back. When the doctor finally approached us, she informed you that I had to be sent to the E.R. right away because my blood was way too low. You were so worried. Nevertheless, you were with me every step of the way. You were there until my parents came, and even then you still stayed for a while. After that, you took me to my checkups. EVERY SINGLE ONE. Just me and you. Even one of the checkups, you let me get Zaxby’s- salad of course- but I was still happy. You helped me keep my blood up, and put me on to kale heavy. The liver, not so much 💜This was in 2015, two years into your illness. Now there’s a lot, and I mean A LOT of memories I could write about, but this one in particular came to my mind that day, and now as I write this, because it highlights your selflessness. You were fighting a serious battle but were right by my side when I fell temporarily ill, and I will be forever grateful here and beyond. Even though tears may fall from my eyes on the paper as I write this, diluting the ink of my pen- yes, some may be of sadness- but most of it is happiness because you won’t have to suffer or be in pain anymore. You are now up with Allah 💜. I know you will fit right in because that’s where Angels belong. I love you sweet sweetie Nana Marjorie.
From: Your Khalijah Boo
May the angels perfume Mama Marjorie’s path to the Highest Paradise. 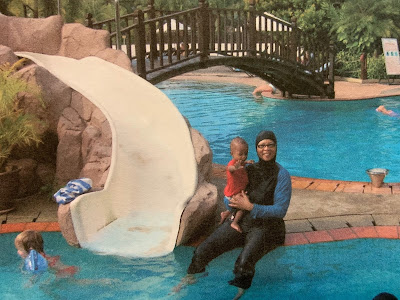 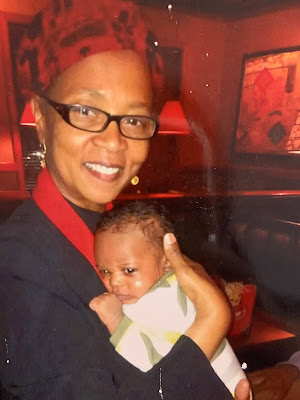 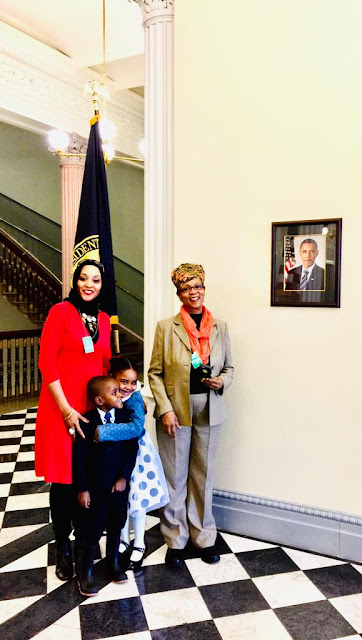 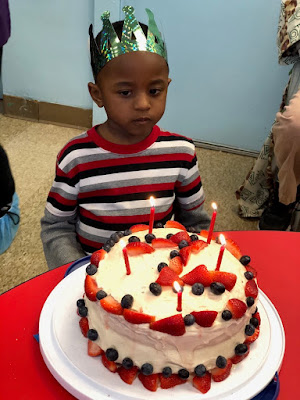 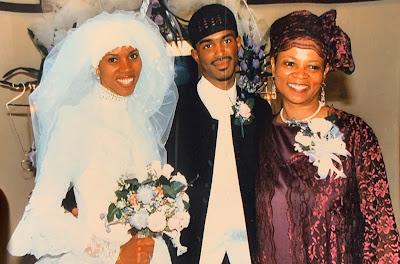 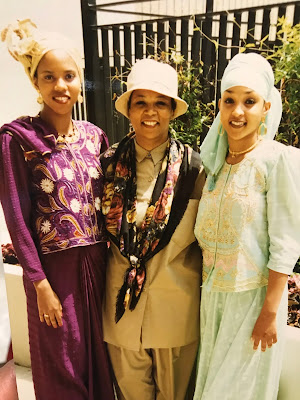 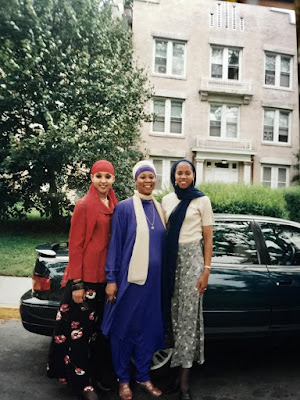 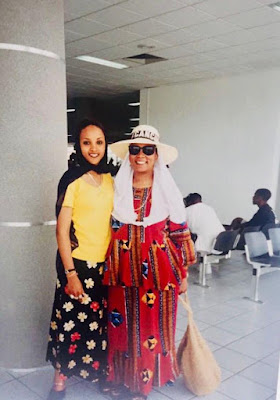 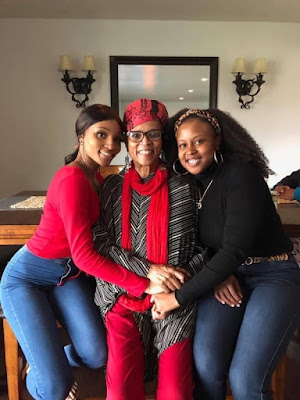 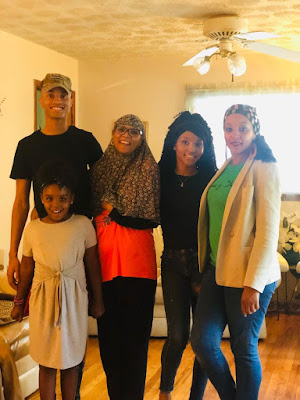 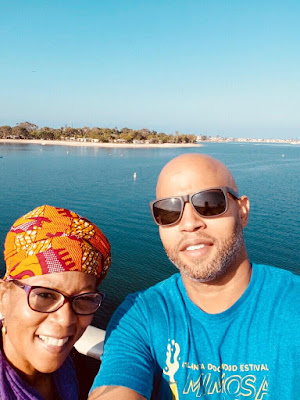 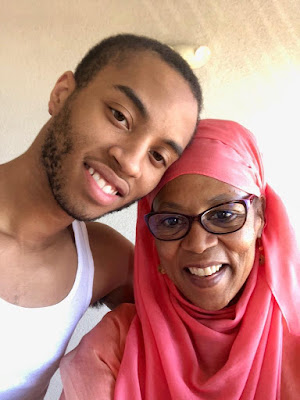